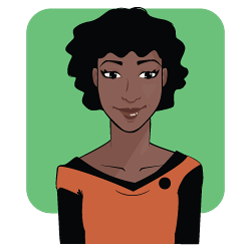 For some reason, the minute that my husband walks out the door for a long day at work is when the bad things begin happening around my home. Most recently, the problem was the sounding alarm of the septic system. I had never heard that odd buzzing coming from my basement before, so I wondered around looking for the source. After finding the bright orange box, I hit the button to silence the alarm and went about my day. I had not realized the mess that was soon to follow. By the time my husband got home, the septic had backed up into the house. Since then, I have made it a priority to learn about my septic system and have filled my site with information for other women or men that are clueless about how septic systems work and how to prevent the mess I spent days cleaning up.

If you are like most people, you probably don't give your electrical system a second thought unless something smells weird or you notice sparks coming out of your outlets. Unfortunately, small errors and oversights can cause large electrical issues, which can prompt house fires. Here are three cringe-worthy electrical mistakes you might be making, and how you can avoid unintentionally burning your house to the ground:

When you are in the middle of setting up that new entertainment center, the last thing you probably want to deal with is looking for an electrical outlet. Unfortunately, if you move your furniture to a wall without a plug, you might be tempted to break out that bright orange extension cord to make things work. Although it might seem harmless, using extension cords the wrong way could be dangerous. Here are a few extension cord mistakes that could cause big issues:

Believe it or not, improper extension cord use is though to account for around 3,300 residential fires each year. If you want to keep your family safe, never use extension cords on a permanent basis, and abide by the manufacturers instructions to the letter of the law.

2: Getting Sloppy With Junction Boxes

Wherever electrical lines connect, there should be an electrical junction box. However, because these boxes are frequently inside of attics and behind walls, most homeowners don't treat these precious safety boxes like they should. Here are a few errors that you might be making, and why it might matter later:

If you don't feel comfortable clamping wires or replacing junction box covers, hire an electrical contractor to do the work. He or she will be able to inspect your system, look for problems, and make the necessary changes.

3:   Replacing Fuses With the Wrong Version

Are you tired of that breaker tripping every single time you run your dishwasher and your brand new space heater? To quickly resolve the problem, you might run to the hardware store to purchase a larger fuse that can handle the power demands of your new appliances. Unfortunately, this error could overload your system, and cause house fires.

To keep you safe, breakers are designed to trip when too much current flows through the line. If you replace the fuse with a larger version, it will allow more current to flow through your system, which could damage the lines. Unless you want to deal with fried wires and potential house fires, pay special attention to the size of fuse that you are using. If you have a problem with tripped breakers, work with professional electricians to run additional lines or replace your breaker box.

Paying attention to your wiring might help you to keep your family safe and your home intact.